Famous Nigerian OAP, Dotun was caught with an Internet troll as they exchanged words over his comments on his career.
Recall that it was Burna Boy who started out by saying he is the king in Nigeria music scene as he pointed out that no one paved ways for him.Following Burna Boy’s footsteps, the OAP pointed out that he is king and has paved ways for many people in a radio broadcast.

Reacting to his comment, the internet troll highlighted that Nigerians let celebrities off on their braggings a lot. 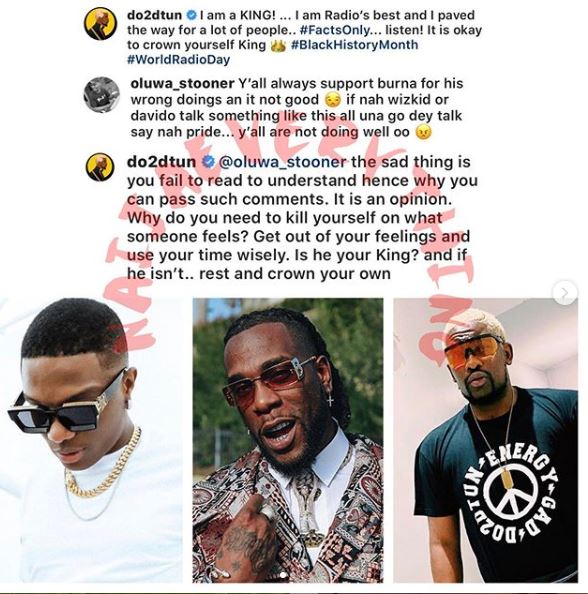