Famous Nollywood actress named  Damilola Adegbite has taken to her Instagram page to share a shocking experience while house hunting a while back.


According to the mum of one, while reacting to the viral video of a married woman attacking her husband’s alleged side chick, a man went above and beyond for his own side chic.

The actress said they had taken her to a house by her agent and really liked the place as it was well furnished and all except for a broken window.

When she inquired further, she learned that the apartment previously belonged to a woman who was attacked by her boyfriend’s wife. 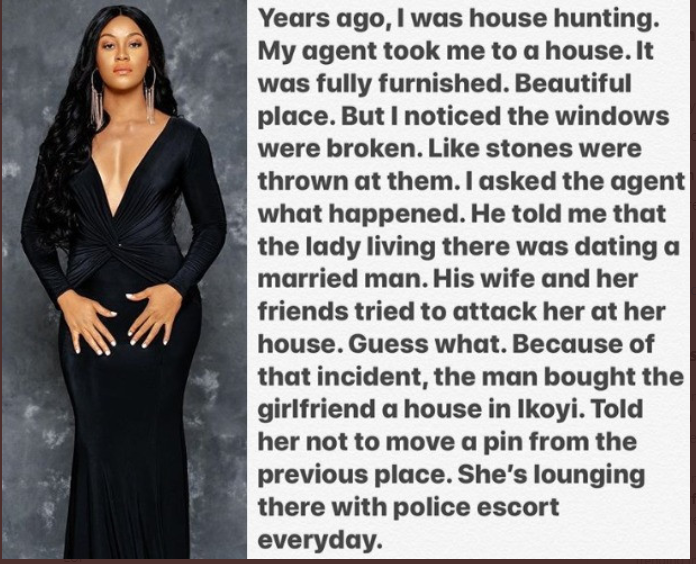